A Season of Challenges 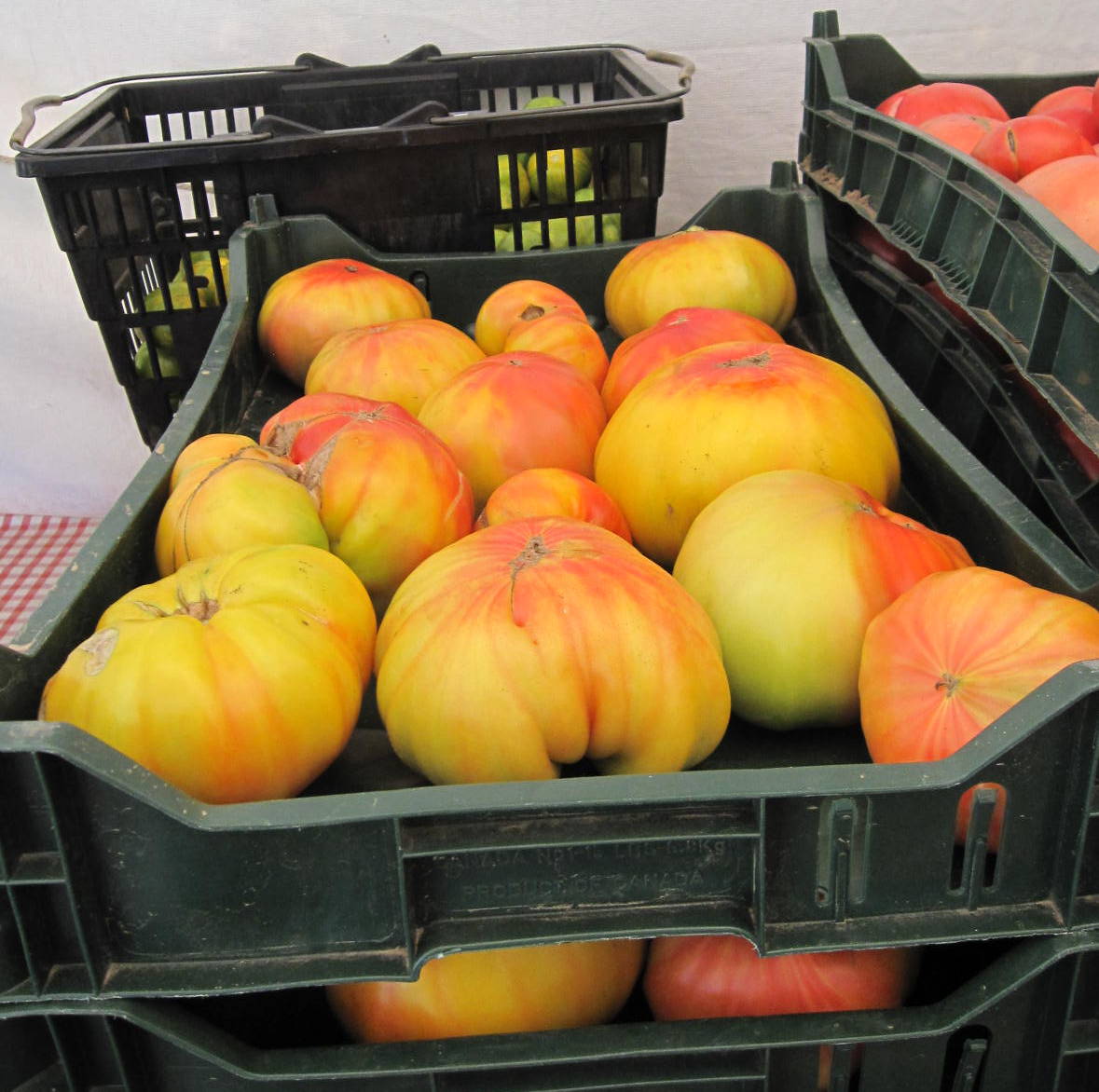 We are in the final days of summer already. This is turning out to be a challenging growing season. Although the insect pressure is less at the farm this year, we’ve had four heat waves and sporadic rainfall (either too much or too little at once). I’d like to give you a brief field update on a few crops that people have been inquiring about.

Kale: People have been asking about the kale, and so I want to explain again what has happened with it this season. Early on, our kale was eaten down by something (we’re still not sure what, exactly). We closed it to Pick Your Own, so that it would grow back, and it has made a slow recovery. I’ve decided to keep it closed for the most part, and we’ve been bunching it and putting it on the stand, so that you can still get it. I find that it’s better for us to harvest it, so that we can be a little more discretionary about picking it (it needs to be picked from the bottom up, leaving new growth for later, not taking too much off of any one plant), and therefore, make it last longer.

Dill: Dill is now open to Pick Your Own. We didn’t have much of it early on, along with more cilantro, because a newly seeded crop in the herb garden was inadvertently walked on. It most likely looked like nothing was growing in the bed, as the seeds hadn’t come up yet.

As a reminder, everyone should stay on the grass, mulched, or dirt pathways, and never walk across crop beds, both in the herb garden and out in the field. Thank you!

Carrots: Our summer planting of carrots did not do well. Our late planting germinated well, so we’re looking forward to having carrots in the fall.

Tomatoes: Late blight, an aggressive tomato disease, has arrived in the Boston area. It has reached local farms, and it is at Stearns. We have removed some tomato plants and will continue to do so as the disease progresses. We are also spraying our plants with fungicides approved for organic production, in order to slow down the disease progression. We are picking all tomatoes for the share this year. There is no tomato Pick Your Own. Same with hot peppers, which are planted with the tomatoes and are normally Pick Your Own. Below is some information from Cornell (one of the main research institutions on late blight in our area) regarding the fungicides.

Finally, I’d like to thank everyone for adhering to the rules we have at the farm and of which we have reminded you throughout the season. We are all doing a good job of being respectful of others and the farm. It means a lot to me and the farm crew, especially, as we go about our daily work.

FAQs about organic tomatoes and fungicide*

Is it safe to eat tomato fruit with visible fungicide residue?

Yes, but advisable to wash fruit to reduce exposure. Fungicides are the main tool for controlling late blight. Regardless of whether pesticides have been applied, all fresh produce should be washed before consuming to remove dust and other contaminants, which could include organisms that cause food-borne illness.

It is not uncommon for a residue to be visible. Many pesticide spray solutions are cloudy. Many are formulated with ingredients that help improve product efficacy, including ‘stickers’ that help keep the pesticide on plant tissue to extend the period of time that it is there to protect the plant from infection by pathogens. Residue present at the time of purchase means the fruit has had protection through the marketing process when it also could have been exposed to the late blight pathogen in addition to field exposure.

Instructions on pesticide labels are developed to achieve control without leaving a toxic level of crop residue. Labels are legal documents, thus growers and other pesticide applicators must follow these instructions. Pesticide registration decisions in the U.S. are done by the EPA (Environmental Protection Agency). Products must be reviewed by EPA before they can be sold. New products are evaluated and old ones are re-evaluated every 15 years by EPA to ensure there will be no ‘unreasonable adverse effects on humans, the environment and non- target species’. A major component of the registration process for pesticides is determining human toxicity and the amount of residue present when a product is applied the maximum amount according to the label (highest rate and maximum number of applications). Product efficacy is not a component of the decision.

Why is there residue on organic tomatoes? Is it safe?

Growers producing organically also need to protect their crops from late blight this year for which there are fungicides that have been approved for organic production. Yes tomatoes with residue are safe. See also previous question.

Copper probably is the main fungicide being used for managing late blight organically. The residue is often bluish. This reportedly is one of the easiest fungicide residues to remove from produce. Additionally, it is only on the fruit surface since it is strictly a contact fungicide and cannot get inside of the fruit as can occur with some conventional fungicides. Copper fungicides are now undergoing the routine re-registration process with EPA that occurs every 15 years for all pesticides. There are no human toxicity concerns associated with produce treated with copper fungicides and, while there is a defined concentration range for these fungicides that can be used for an application, there are no restrictions on the total amount that can be applied to a crop over a season.

Copper is a natural element that is an essential trace mineral for humans and all other organisms that need oxygen (aka aerobic). Many vital human bodily functions are dependent upon copper. It is needed for development and performance of several human systems (nervous, cardiovascular, immune, and reproductive systems plus skin and bone). It plays a role in protecting against cancer and heart disease. The National Research Council recommends 1.5 to 3 mg of copper per day for adults to avoid copper deficiency; an RDA has not been established. There are few toxic effects from copper. Daily intake of copper exceeding 20 milligrams can cause vomiting. However, individuals with Wilson’s disease, an inherited genetic disorder, need to watch their copper consumption because their bodies are unable to properly excrete copper and it can accumulate to levels that lead to liver disease and mental retardation.

PYO: Herbs (look for the yellow circles), 10 flower stems ((may be affected by frost)