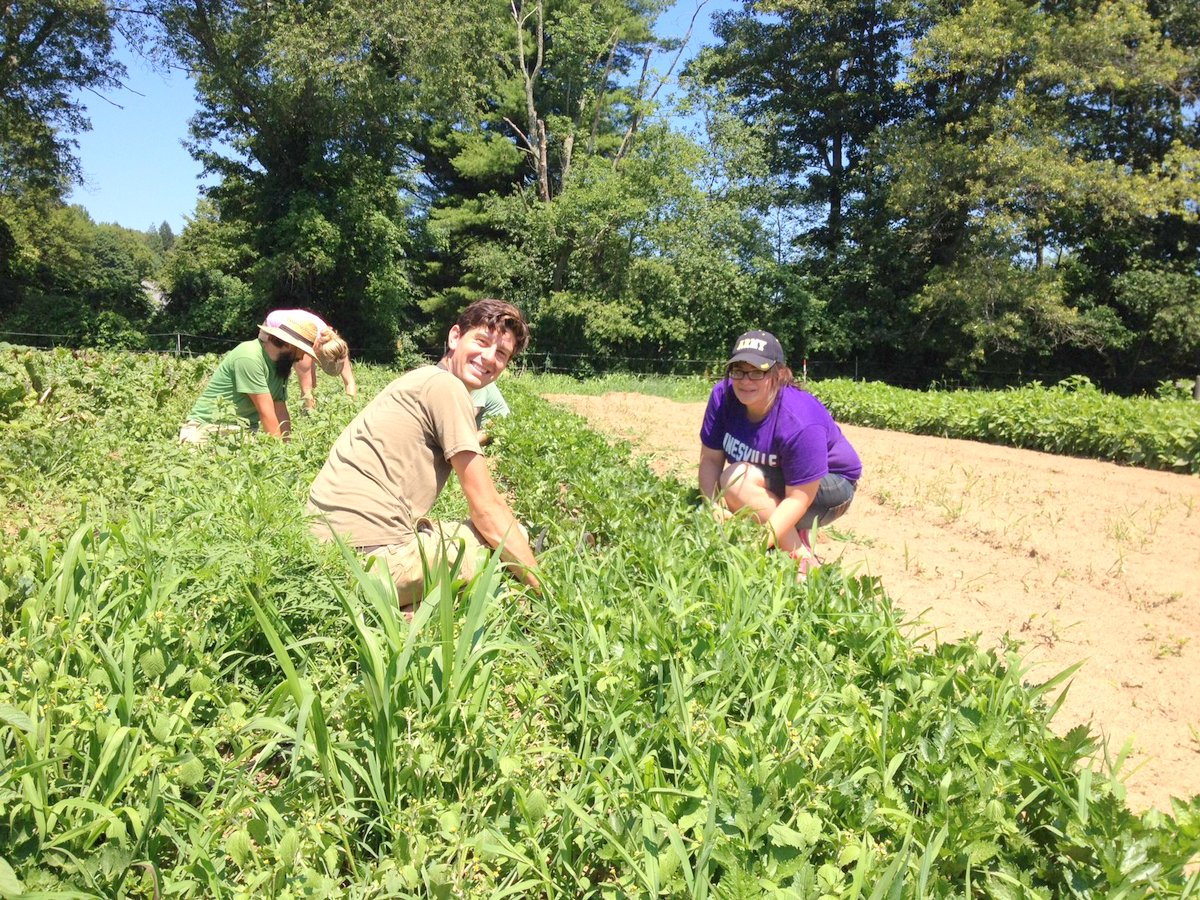 Sweet release as the weather has cooled a bit this past week. The days have been the perfect mixture of warmth, sun, and breeze, which makes working outside all that we hope it to be. We played one game last week: the how-many-weeds-can-you-pull-out-in-a-day game. Kenneth and I did some tractor work in preparation for our fall planting of brassicas, but the farm crew and loads of helpful hands spent the majority of time yanking out the sneaky weeds. Susan alone weeded an entire 200-foot bed of beets, which many of you know is no easy task. The nice thing after the fact is that the eight, 200-foot beds of winter squash look wonderful, as do the rows of celery and celeriac. Although, since the celery family likes cooler temps, they got a nice bit of shade from the taller weeds while the heat and sun beat down last week. Give and take. 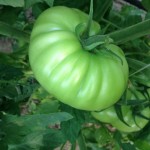 I know lots of people (coughmecough) are waiting for tomatoes, and I’m happy to say blooms of red are forming on the greenhouse tomatoes and, to a lesser extent, the field tomatoes as well. Numerous cherry toms are weighing down their vines in the cathedral and you can see the papery husks of the ground cherries and tomatillos. We also released the wasps to combat the Mexican bean beetles. Kenneth released them from their small containers and within the hour, they were off doing what they do. They have a radius of eight miles, so I’m fairly certain our crop is covered!

Some of you may have seen on Friday that our tractor got a flat tire and of course it happened after we loaded the bucket full of compost material. To lift the tire means dropping the bucket and using the hydraulics. But, thanks to one of our handy mechanical engineer work-for-shares, it was fixed before we even noticed! Friday also saw a good deal of smiling faces as sharers finished up their work hours before the deadline. It was great having so many hands to clean seed trays, weed, and do general maintenance. We also enjoyed an impromptu lunch party with so many brought dishes for those gathered. That family style eating is lovely, with hands and serving utensils flying, with chatting and laughter everywhere.

The pickups are going wonderfully with many sharers commenting on both the amount of bounty and the quality of the veggies. We love hearing that. We’re glad you’re enjoying the harvests this season!