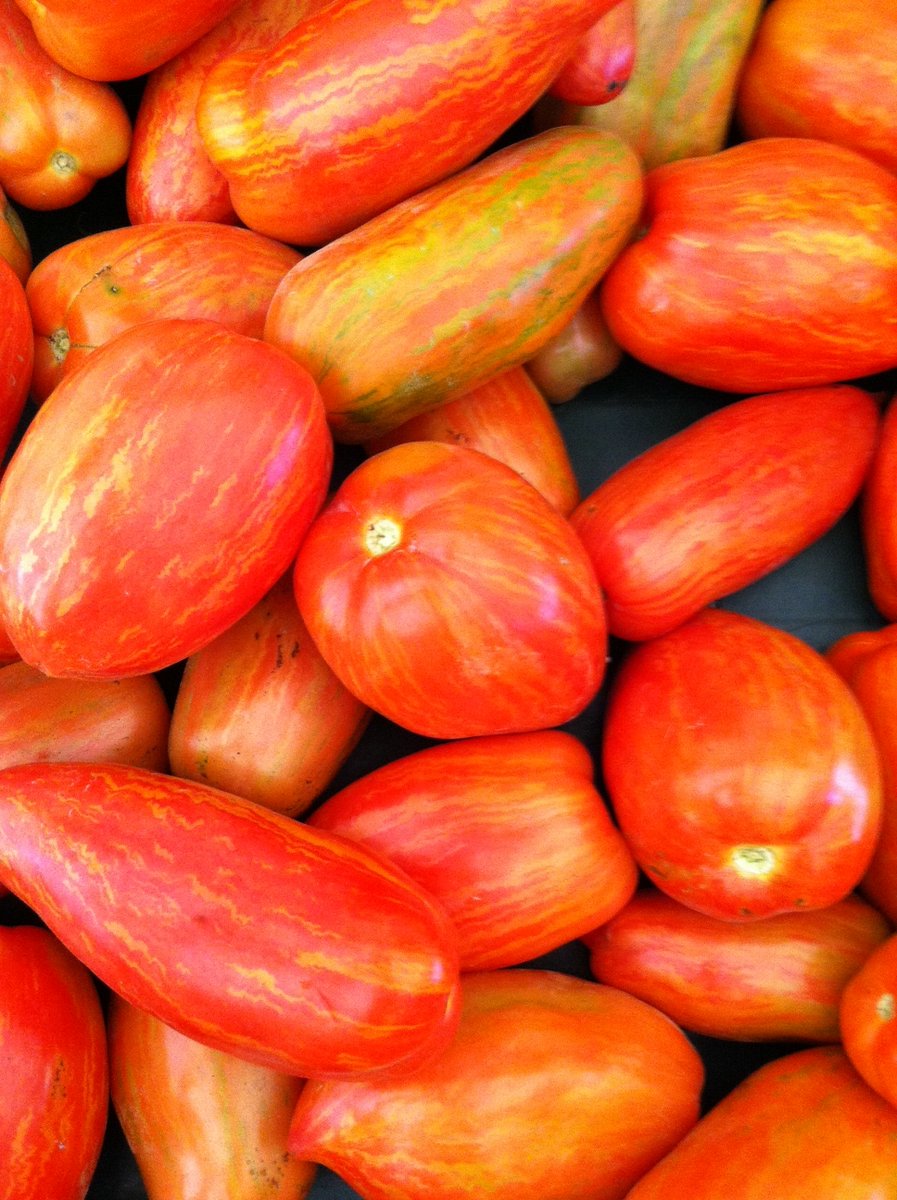 One last burst! The summer, not wanting to pack it in just yet, gave us one last heat wave.  Hot and humid were the words of the week, even asthe farmers are looking forward to some cooler days.  At least the eggplants and peppers were loving this last heat hurrah!

The farm has begun shifting its field planning for fall and winter crops.  Many plants are popping up and we’re preparing to seed and plant winter share crops.  We initially prepared the high-tunnel greenhouse for seeding spinach, which will sweeten up once we see colder temps.  As we get further into the season, the temps cooling, we’ll be evaluating growing conditions for those fall and winter crops.

Tomatoes are in full swing with the last few weeks seeing five, six, and seven pounds per share on the stand.  For the second time this season, we’ve had to take over another table in the tent to display and distribute. Sauce tomatoes were the prize this week, with the Speckled Romans and Piriforms taking the stage.

A common question that has come up is what makes a tomato a slicer or a saucer? The fleshiness of the tomato determines its general purpose.  The more fleshy the tom, the better it will be to cook down, thicken up, and make sauce with.  Or, from the other perspective, the more juice it has, the more watery the sauce, thus better to just slice it up and eat it.  That said, any tomato could be used for whatever you’d like.  I pop the small Juliet sauce tomatoes in my mouth like cherry tomatoes, so feel free to try anything.

The other big harvest this week was onions.  Last week we had a large crew of freshman BU students volunteer and they helped us with some onion and potato harvesting. But, this week we finished the onions.  Battling some weeds, we searched for and pulled all of the onions we could find – red ones, gold ones, white ones. They’ll be curing in the main greenhouse for the next few weeks.  I can’t wait to combine them with the garlic in, well, it doesn’t really matter what the dish is!

Ann from Autumn Hills Orchard stopped by this week as a reminder that the fruit share is starting up.  She had wonderful sampling of fruit.  Peaches, Japanese plums, and some raspberries were for sale – a tasty preview of things to come.