Join Us for Opening Day, and a Song About Stearns Farm 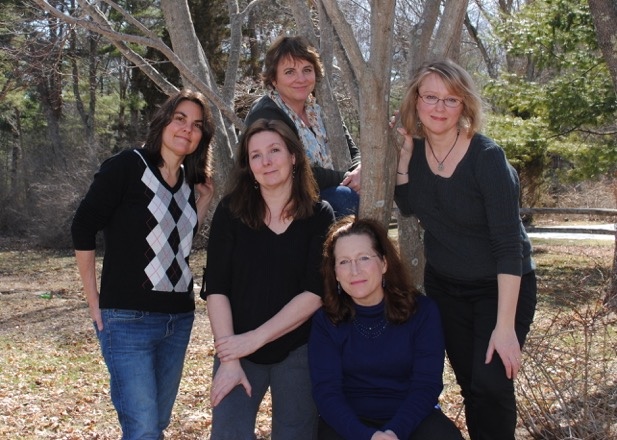 Sharers return to Stearns Farm year after year for more than the fresh produce: the farm connects us to the earth, and to each other. At the Spring Festival and orientation for new sharers this Saturday, June 6, Ronda Yeomans and her band, Blue Amber (left), will debut a song, “Winter in New England,” which was inspired by Ronda’s experiences as a long-time sharer.

“It was freezing–it was was December. I was in such a rotten mood on the way to get my share, and just coming here and interacting with folks here cheered me up totally,” Ronda said during a recent conversation next to the greenhouse. “All I could think of was how beautiful the light looked playing on the trees.” She thought further, about the connection she made to other sharers doing farm work. “There was something about being in the warm sunshine and having your hands in the dirt that brought us all together, even though we were all different ages and from all walks of life.”

Blue Amber will play a complete set during the potluck lunch from noon-1 pm on Saturday. Other Spring Festival activities include work hours from 10 am-noon and 1-4 pm, two orientation sessions for new sharers, at 11:30 am and 1 pm, and a Raw Foods & Healthy Living Workshop by author and chef Alissa Cohen from 2-4 pm.

So bring your lunch (don’t forget reusable dishes and cutlery) and a dish to share, hear some music (or play some, if you have an instrument) and get to know the sharer community!