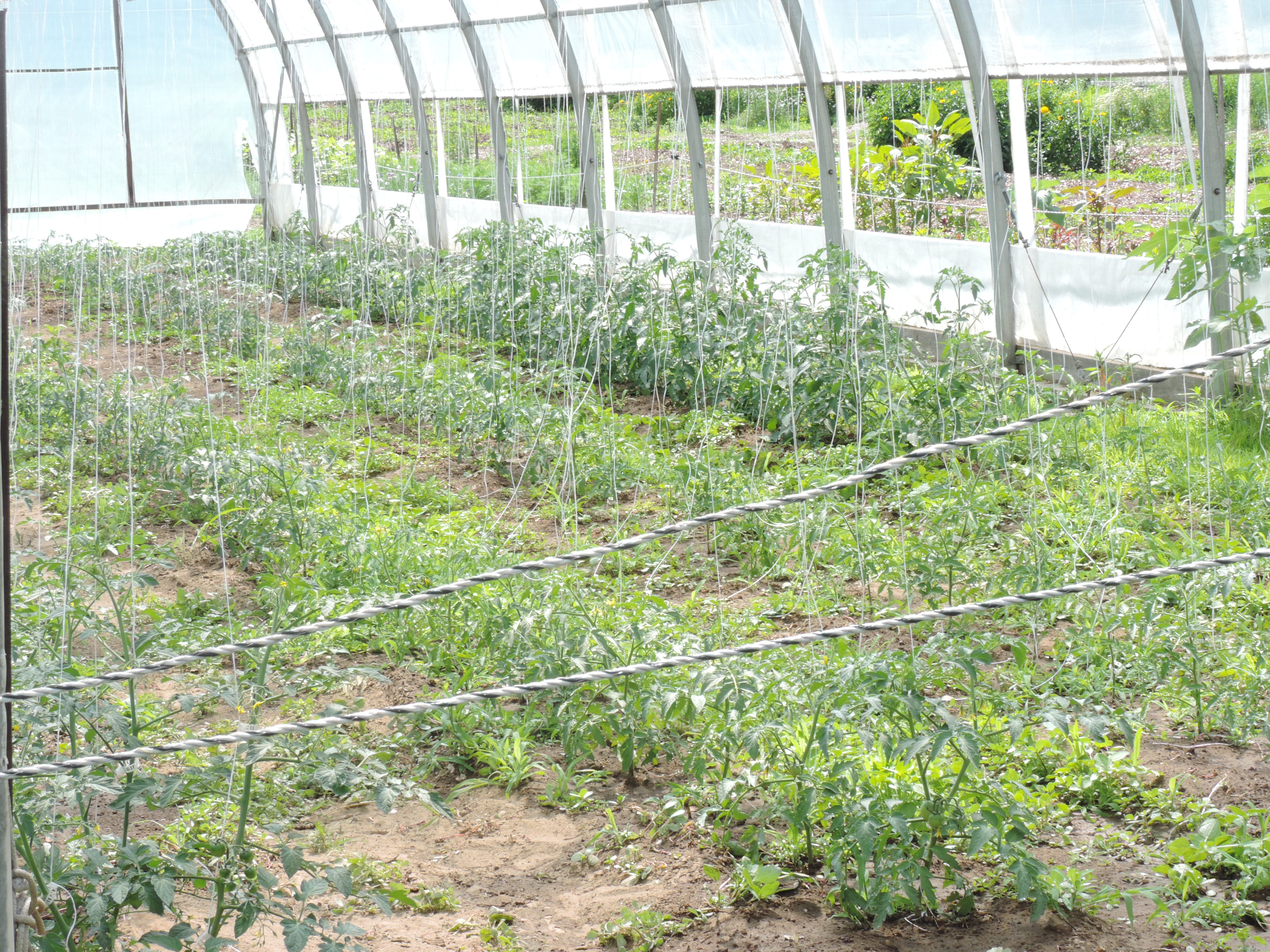 The weather lately has been…strange—especially so for this time of year. We’ve swung from 80-degree days to 50-degree nights. We had a slight drought, followed by a deluge, and now the rain is coming and going. The temperature swings have enabled crops to grow, but also seems to be perfect for certain weeds. These seem to be absent one moment and huge the next.

The first few weeks of pickups have been wonderful. We have loads of crops on the stand early in the season. We’re glad to be able to put out some hard veggies, like radishes and squash, along with the leafy greens we’ve been enjoying. What has truly put a smile on my face, though, is the positive mood of members as you all pick up your shares. Smiling faces, words of encouragement, recipe swapping, breathing and taking in the farm as pick-your-own crops are harvested, kids playing, meeting new members, the excitement of returning members – it has all been lovely.

Our greenhouse tomato plants are starting to shape up, complete with small green tomatoes. Beets and carrots are looking good, and more carrot seeds are going in. The fennel is looking bushy and the smell of licorice is evident as you walk by. And the squash is starting to produce in earnest now.

Fall curly kale has found a place, as well. This year is a bit special as far as kale goes for two reasons. First, we have planted what’s known as kalettes, a cross between kale and brussels sprouts. Kalettes will grow like brussels sprouts with round “heads” along the stalk, but then it will leaf out into kale. The cross tastes wonderfully of the two. Sautéed with butter and a little garlic, it’s a meal in itself!

Second, curly kale is a bit of a rarity this year. Seed was very hard to come by this season, and not all farms were able to obtain them. The few seeds we got would not produce enough for the shares, but Susan saved seed from last year that we have been able to use. Although one can never really be sure of the germination rate with leftover seed, ours germinated beautifully. Stearns may be one of the only farms around that has curly kale in abundance this year. So happy about that!

In the coming weeks, we will definitely need hands for weeding. We’ve been staying on top of the weeds, both with the tractors and manually as much as possible, but many hands makes weeding quick and easy.

Thank you all for those who have put in work hours. Our sharers and volunteers this season have been wonderful, and they work they’ve put in has made the bounty thus far great!