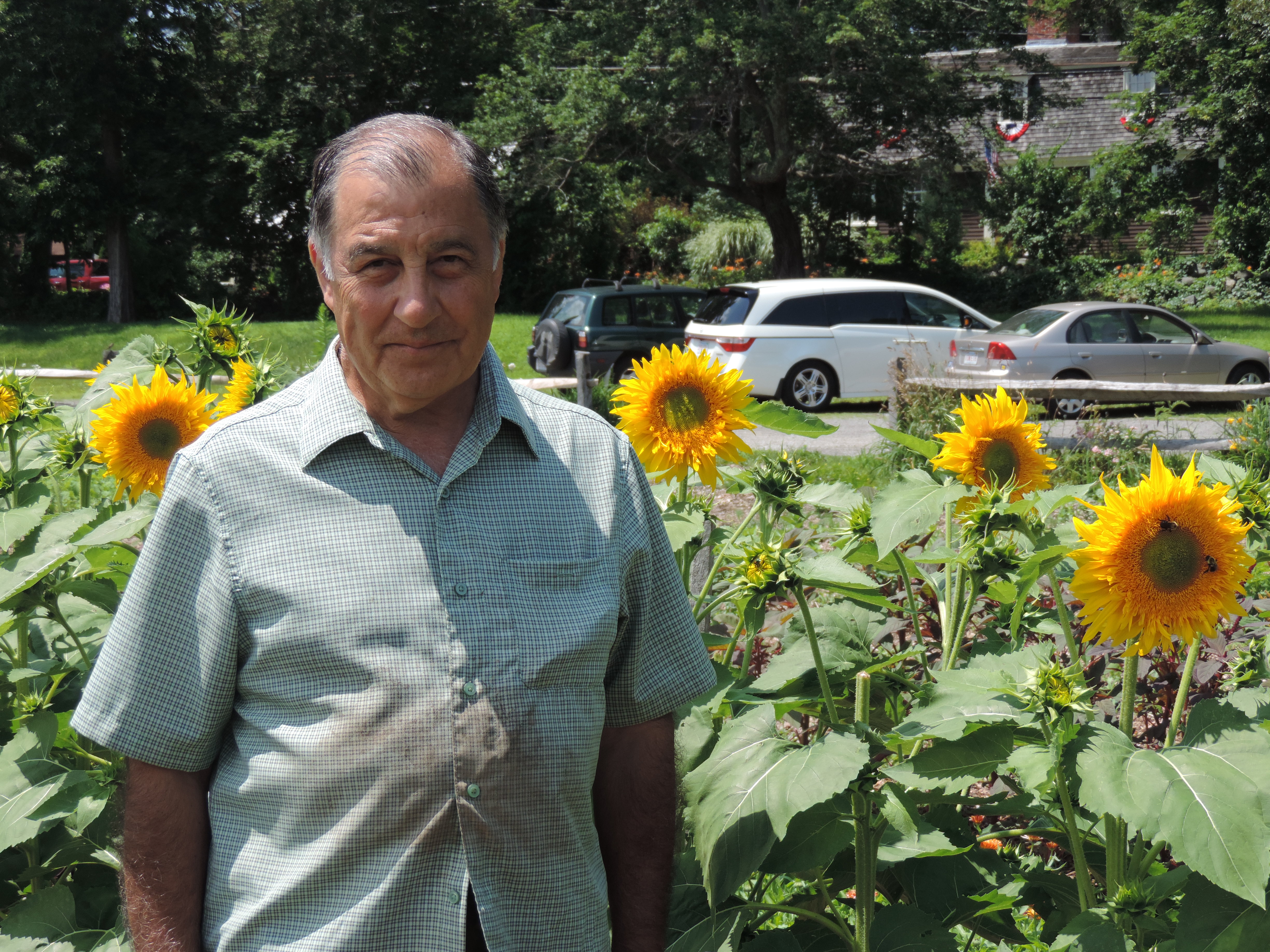 Sal Lampis began volunteering at Stearns Farm CSA because, as an apartment dweller, he didn’t have space for a garden. Now, almost a decade later, he spends about two days a week throughout the year mowing the grass, manning the weed whacker, planting, seeding, picking crops and generally joining sharers in whatever field work is needed.

“The flower beds make me happiest,” he says. But he’s also devoted to growing nightshade crops—peppers, tomatoes and eggplants—which he helps to seed in February and to pick during the summer.

Sal grew up on Sardinia, an island in the Mediterranean that is part of Italy. His father grew grapes, producing 1,000 liters of wine every year, and “my mother loved flowers,” he recalls. Sal’s brother now owns the vineyard. Sal, meanwhile, chose to attend hotel school. His training took him to Germany and Bermuda before he got a job in the United States; he’s worked as a banquet server at a major hotel in Boston for more than 30 years.

For a time, Sal had a house with a garden, where he grew vegetables including zucchini and other squash, tomatoes, and arugula. When he moved, he missed it, and found Stearns Farm. “I introduced myself to Kathy [Huckins, the former farm manager],” and got a work-for-share position. He started volunteering instead because volunteer hours were easier to schedule around his regular job.

Of the time he spends at Stearns Farm, Sal says he appreciates it most when he sees the plants growing from the seeds he’s planted. “The farm is like my own, “ he says, “and I do everything with love. It’s honest work.”