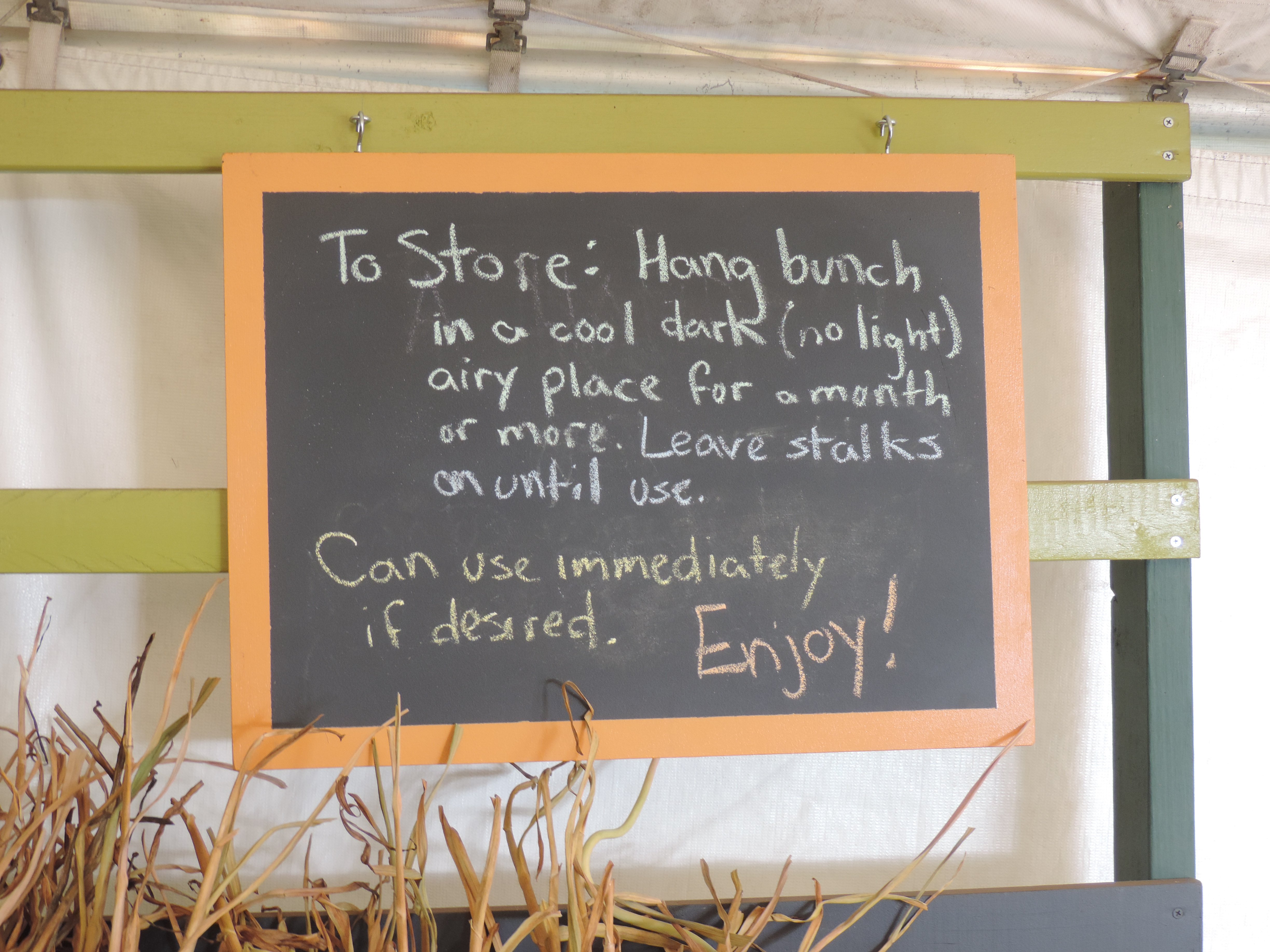 I know the saying is to wait five minutes and the weather will change, but for real, the past week has been crazy.  The temps most days reached over 90 degrees. Then we had some rolling cloud cover, which was nice. But then the humidity would rise and make it feel like the air was going osmose the water right out of my body. And then we would have a 20 minute thunder storm that delivered an inch or so of rain. Boom!

The greenhouse tomatoes needed tying up, so lucky me, I was in the greenhouse during the two hottest days. The plants look much happier now and are definitely tomato laden. Both the field and greenhouse toms have started producing, so we had our first tomatoes on the stand this week, much to everyone’s delight.

This week also kicked off our garlic distribution.  Every year, we separate out sizes for the garlic.  The largest heads are saved as seed garlic and the cloves of these large heads are pulled apart and then planted in the fall.  With this process, Stearns has been growing our own garlic for over a decade, producing garlic that is perfectly acclimated to our soil and weather.  The nice part this year is that line delineating between the large and medium heads was very thin. We were able to give out beautiful large bunches with wonderfully sized garlic heads.

We’re getting the good stuff now,  but also the weeds! We’ve been keeping up with what needs to be done in the moment, a lot of which is thanks to Kenneth’s cultivation work with the tractor and all the hand weeding that groups have been doing.  We had three volunteer groups come this past Saturday, and they were a big help putting a dent in some of the more extensive weeding projects.  Thanks to the sharers and volunteers that have helped keep the weeds at bay. As  always, we need to keep the weed pressure down, so come out and do some hours!

Hot days, breezy nights, growing things, and good company.  Keep the smiles coming and we’ll see you in the fields!

—Seth (the guy whose beard needs some tying of its own)