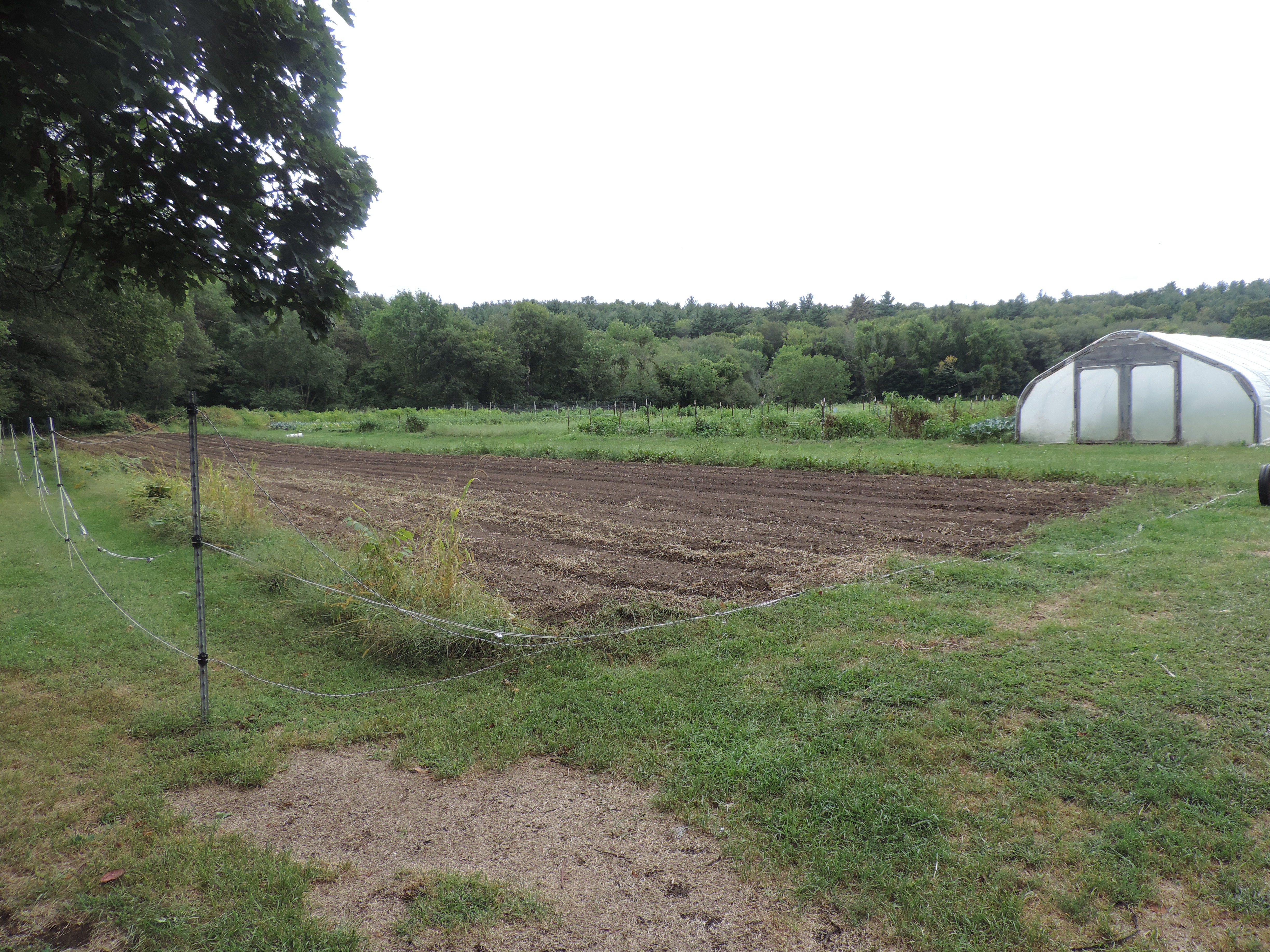 What the heck happened last week? At the beginning, we had temperatures in the 90s, leading straight into the dampness and cooler temps of fall by the end. We’ve had a bit of a drought for a month or so, which finally broke with the downpour on Thursday. Thank goodness! Our plants were much relieved and perked up right away. The temp and moisture swings have given us a stark reminder that the summer will soon be coming to a close.

Some of our fall crops have already rolled in, as you may have seen. The large rich butternut squash and plump pumpkin-looking kabocha squash are drying a bit before they find their way into the shares, while acorn squash are still maturing in the field. Tthe popcorn is curing and awaiting husking. The corn that has already been husked looks wonderful, its gold and purple hues hiding white flakey goodness.

We’re getting on towards the end of the CSA distributions, but the farm is still buzzing. We have lots of crops all coming in at once. This time in the season combines the fall crops, like the ones above, with ongoing crops like the tomatoes, peppers, greens, and green beans. Late potatoes still need unearthing, and the herbs are flourishing and abundant.

The farm is also starting to prepare for the winter. You may see large swaths of bare fields, but they won’t be bare for long. Kenneth and I have begun laying down cover crops to supply the soil with nutrients for next season. A cover crop, or green crop, is planted for the sole purpose of going back into the ground. Usually, they consist of a legume and another plant that is a good nutrient provider. Legumes are what are known as nitrogen fixers. They take atmospheric nitrogen and convert it to solid nitrogen in nodules on the roots, which then break down and make available that nitrogen for growing plants. Thus far, we have been spreading peas (like the ones we ate in the beginning of the season) and oats. Later we’ll continue with winter rye.

Exciting time of the year, with loads of veggies, preparing for sweater weather, and starting to give back to the fields those nutrients that we borrowed.

Don’t forget about the Fall Festival on Sept 26, and see you in the fields until then!