Rick Lawrence: Keeping the Lights On 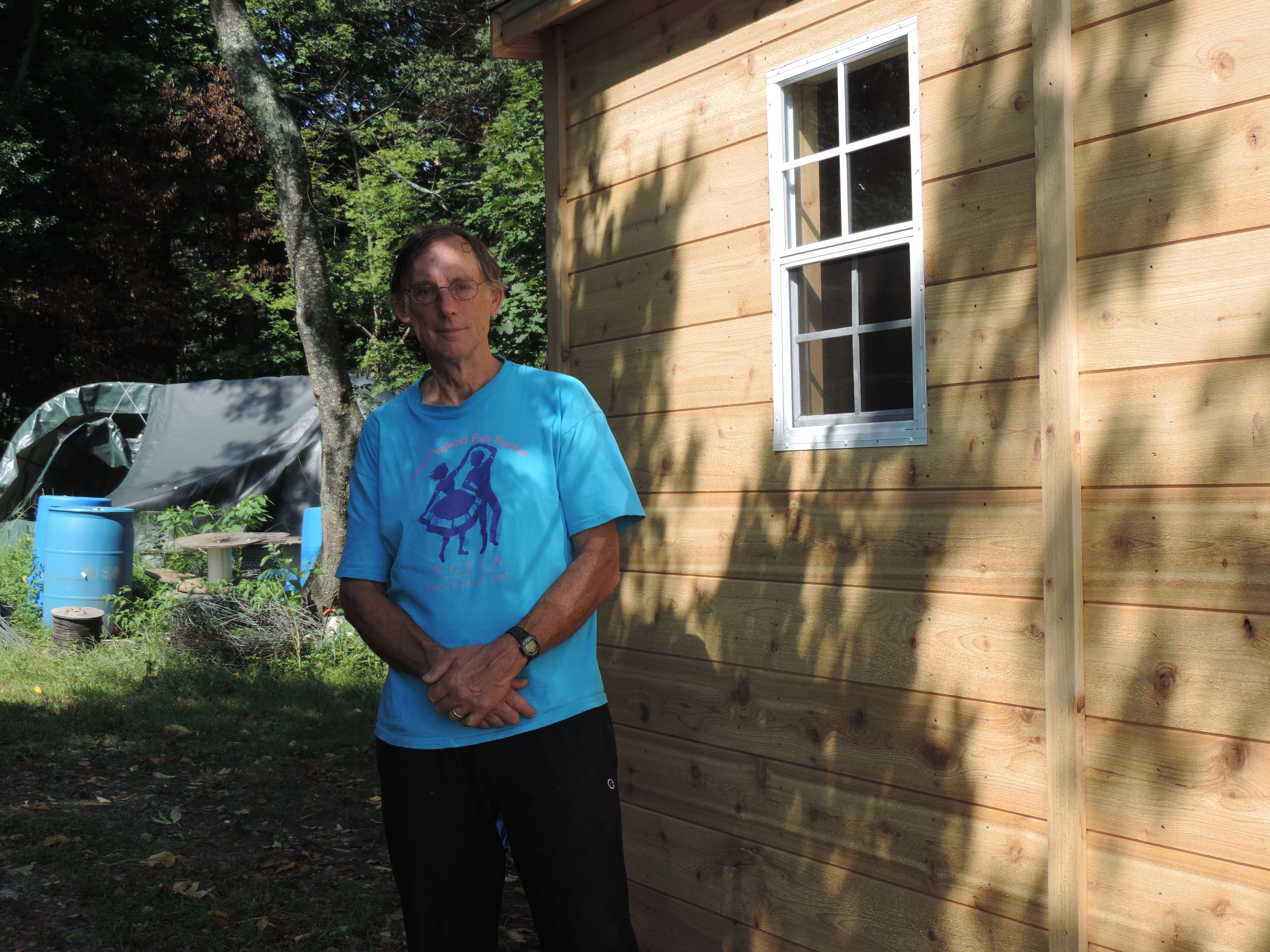 Rick Lawrence sat in an Adirondack chair overlooking Penelope’s Garden. He had spent part of one sunny, mid-September afternoon at Stearns Farm working on an electrical project. “Farming is more than planting and cultivating the fields,” he noted.

The farm’s physical infrastructure–greenhouses, electricity, sheds, and equipment–must be maintained. Rick is among the volunteers who ensure the lights stay on, the tractor is running and new structures get built.

“Under duress, I can be convinced to go out into the field and weed,” Rick said. But there’s plenty of what he calls “behind the scenes” work, which he prefers. This summer, he helped construct one of two planned sheds. In 2014, he was part of the group that built the new greenhouse. He estimates he puts in 75-100 hours per year on farm work.

Rick began volunteering at Stearns Farm several years ago along with his wife, Frann Bennett, after she signed them up for a share (Frann provides administrative support for the farm). He recently retired from his job as a plant electrician and automation technician for a manufacturing company that supplies switches for automobiles.

“I like having a task to accomplish, diagnosing what needs to be done, developing a plan and seeing it to its conclusion,” Rick said. His reward: seeing his handiwork put to use.

He also enjoys the opportunity to interact with people of all ages. “Our friends are reasonably close to our age, but I’m working with people who are in their early 20s to their 70s.”

Rick doesn’t cook. Frann “deals with the food,” he said. He’s learned to love chard and kale, but considers strawberry season to be the high point of the farm year. “I ‘suffer’ through strawberry shortcake for days on end,” he joked.

The day was warm but  less humid than it was for many weeks this season. The farm would be green for a few more weeks. “It’s gorgeous here,” he reflected. “Life is good.”