The Farm Is Waking Up 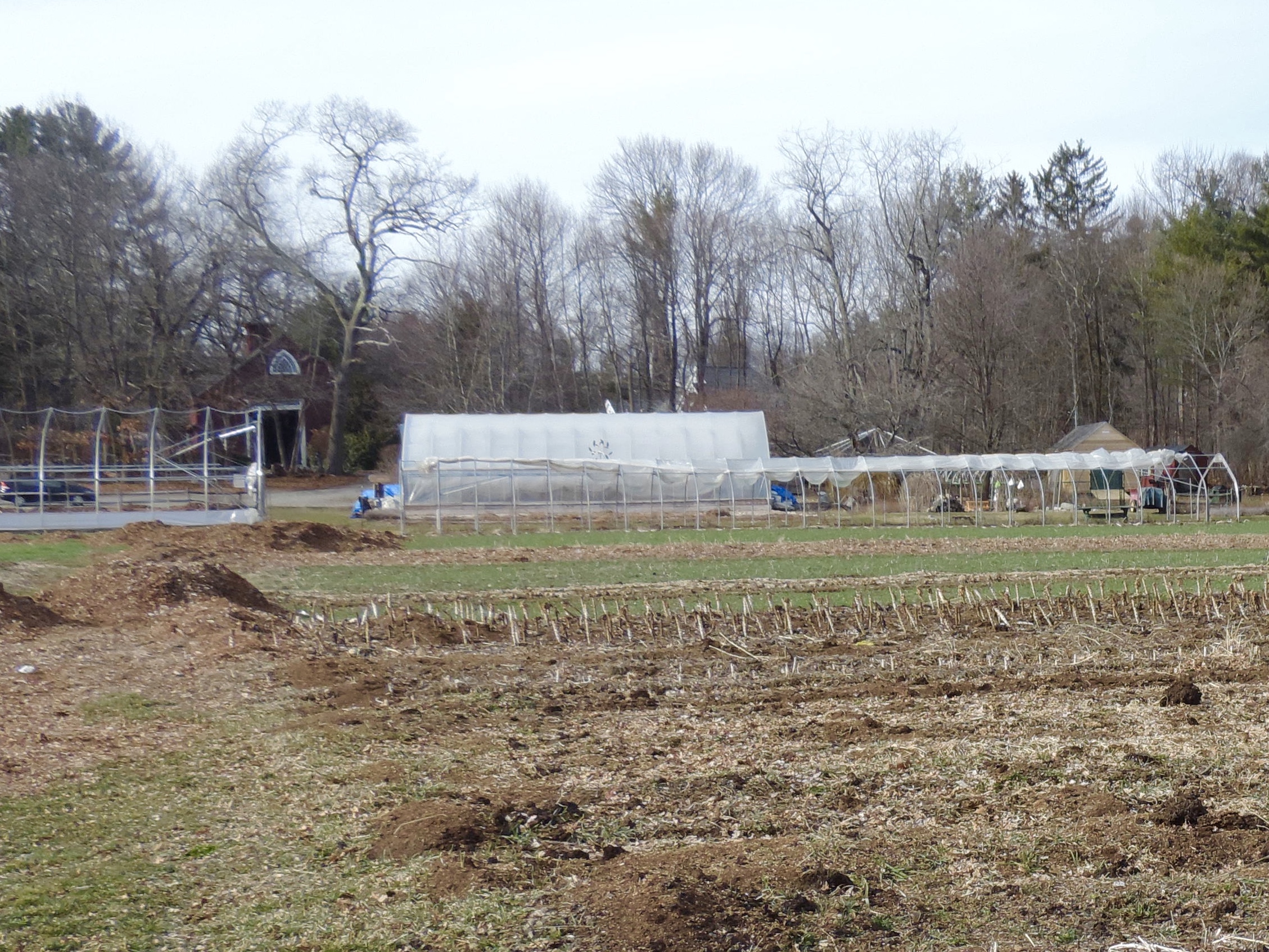 The greenhouse actually has some green in it, and I’m likely going to get started with spading sometime this week or next. Meanwhile, Mark Piercey has started tuning up the equipment to prepare for all of the hard work it will do this season.

The garlic is up a few inches now, and the perennial herb garden is also starting to show some green. I saw a family of bluebirds hanging out on the frame of the cathedral high tunnel last weekend.

It’s always possible that we could end up with a late March or early April snowstorm, but I think it’s safe to say that the farm is waking up! To celebrate the upcoming spring equinox (next Sunday), and the gloriously warm days we had this past week, here is a poem:

If ever there were a spring day so perfect,
so uplifted by a warm intermittent breeze

and unlatch the door to the canary’s cage,
indeed, rip the little door from its jamb,

seemed so etched in sunlight
that you felt like taking

a hammer to the glass paperweight
on the living room end table,

releasing the inhabitants
from their snow-covered cottage

so they could walk out,
holding hands and squinting

into this larger dome of blue and white,
well, today is just that kind of day.