Maureen and Mike Devlin: “This Is More Than Growing Food” 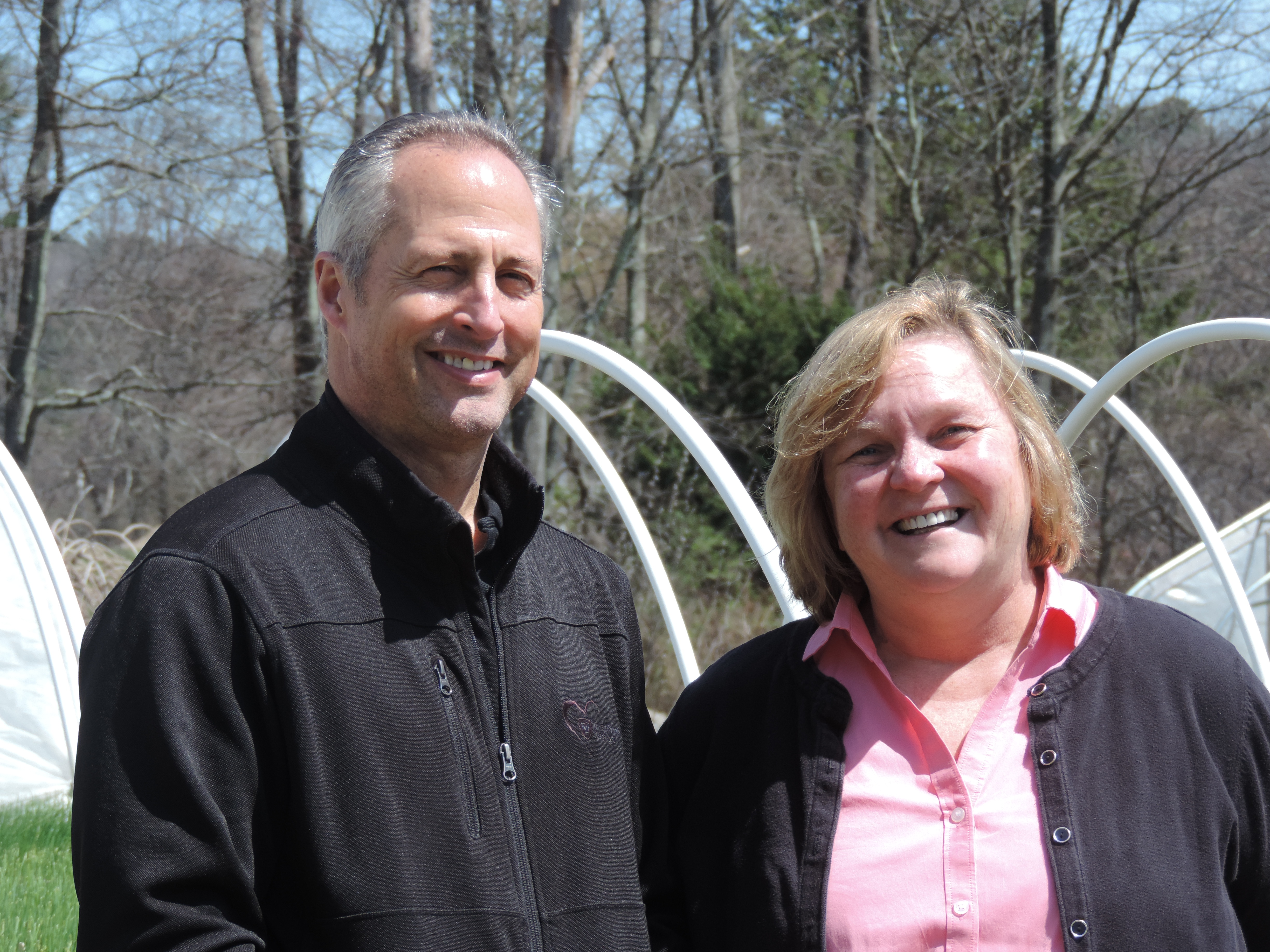 For years, Maureen Devlin drove past Stearns Farm on her way to visit her family in Worcester. “I have always enjoyed the beauty of that area and took particular interest in seeing the farm and reading about it when there would be articles in the local news” she says.

She and her husband Mike maintained their own small vegetable garden. And their son Ryan, who began working on farms as a teenager, brought more veggies home. “We’ve never been CSA members before,” Maureen explains. “Now that our son has moved out and the land has changed a bit near our house, we decided to try one.” The Devlins joined Stearns Farm this year, taking on the job of education and outreach coordinators. So far, they’ve arranged more than a dozen programs for members and the public this season.

As an elementary school teacher in Wayland, Maureen has included lessons about farming and land stewardship for her students. “We have to take care of the environment,” she says. “I also believe that a love of and interest in the natural world leads to a more peaceful and grounded life and helps children learn more and better in all ways.” Some of her students during the past 30 years have grown up to study and work in environmental fields.

Mike is director of grants and initiatives at Harvard Pilgrim Health Care Foundation, where his work is focused on increasing access to fresh, healthy, local food for families and communities throughout Connecticut, Maine, Massachusetts and New Hampshire. A stint as a Peace Corps volunteer in the Philippines after college spurred Mike’s career advocating for better health and nutrition. There, teenage girls suffering from iodine deficiencies developed goiter (an enlarged thyroid)–a condition that can impair breathing, swallowing and production of some hormones.

“I learned to appreciate farming when living in that extremely rural, mountainous community that relied on growing rice in terraces and sweet potatoes on steep mountain sides,” he says.

Maureen learned about farming from an uncle who was an agronomy professor at Cornell University, and about how to grow vegetables from an aunt who had a large garden in Berlin, Mass. At home in Worcester, Maureen, her father and brothers occasionally grew their own vegetable plot.

Maureen and Mike’s interest in, and commitment to, sustainability and organic farming deepened as Ryan–the oldest of their three children–pursued summer jobs and college studies related to farming and horticulture (he recently graduated college with a degree in agriculture). “We have followed his career and participated, at times, in all of the learning and work he has done,” Maureen says.

Maureen and Mike consider eating organic produce as part of staying healthy. “It’s free from chemical interventions, and that’s important for human health simply because the more exposure we have to chemicals, the more chance we have for ill health,” Mike says.

Although they joined Stearns Farm for the vegetables and the opportunity to promote healthy living, they are beginning to see it as more than a farm. Says Maureen: “We have grown to realize that this is much more than just growing food, but instead a commitment to a community endeavor that’s positive, healthy, meaningful, and fun.”