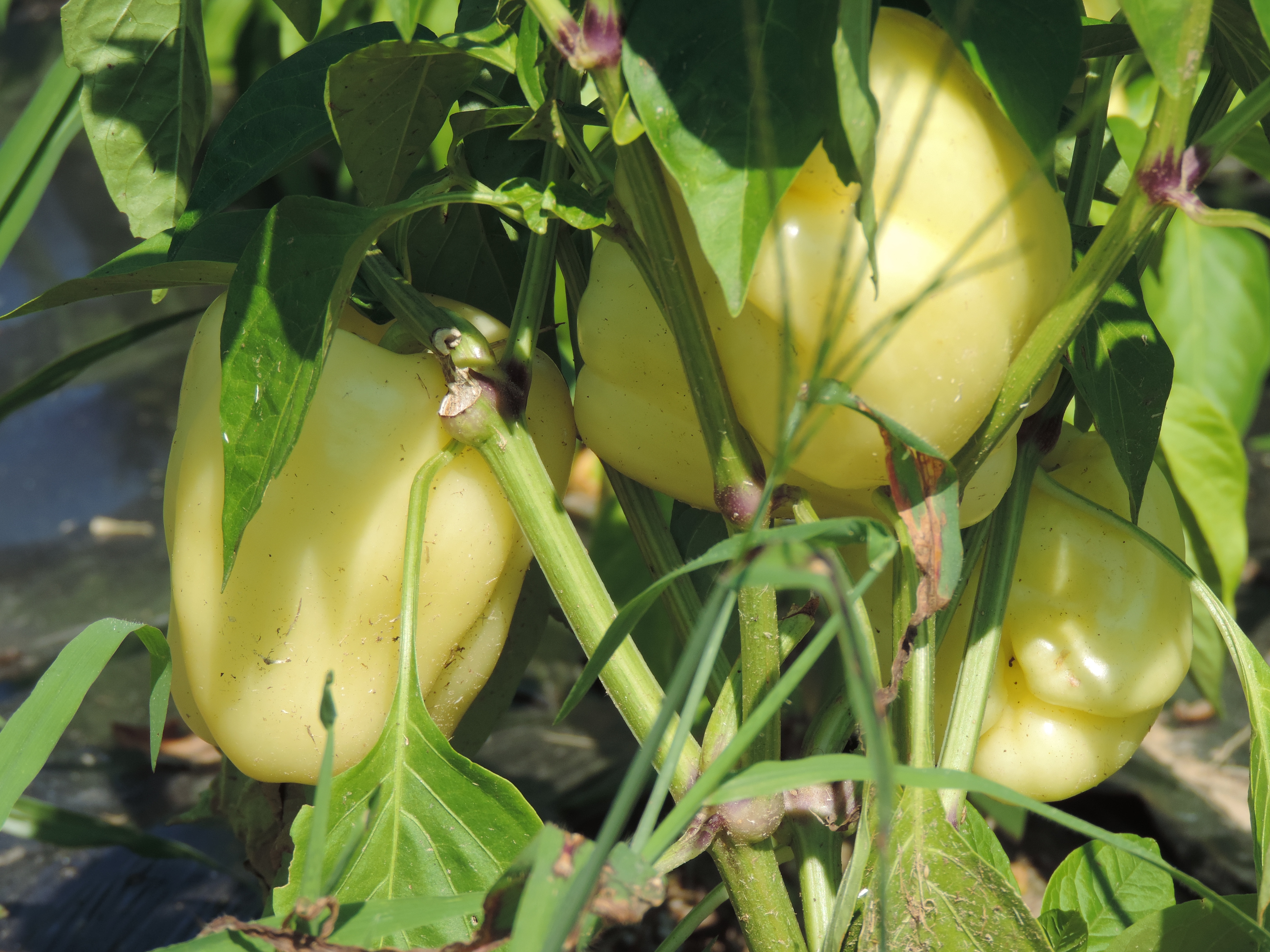 One sentiment that I have often heard expressed over the years at both CSA distributions and farm stands is how much people loooove sweet peppers (meaning red, orange, and yellow peppers) and don’t really like green peppers. Often, the very next thing those same people wonder out loud is why we don’t have sweet peppers instead of green peppers, and then they ask why the green peppers are so abundant while the sweet peppers come on later and don’t ever arrive in such great quantities. These are all great questions! Here are some answers.

Some people may not be aware that sweet peppers are just the ripe version of a green pepper. Left on the plant, under the right conditions, any green pepper can ripen and change color, and thus turn into a “sweet” pepper.

But organically produced sweet peppers are expensive to grow for a couple of reasons. First, just as we humans generally prefer a ripe, sweet fruit, so does every other critter on the farm. We leave lots of green peppers out on the plants in order to allow them to ripen, but only a portion of those will make it to you as a sweet pepper because there are many insects and rodents who also want to eat them. Also, the longer the fruits sit on the plants, the more likely we are to lose them to sunburn or disease.

There are not a lot of certified organic treatments to prevent insect damage and disease on ripe (sweet) peppers, so what we do to prevent damage is harvest the peppers just as they are starting to show color. We let them sit in a cool (but unrefrigerated) space to continue ripening and then distribute them.

This delicious crop will start to show up in your share in the coming weeks, and hopefully we will have them in abundance during the month of September.

PYO: Herbs (look for the yellow circles), 10 flower stems ((may be affected by frost)