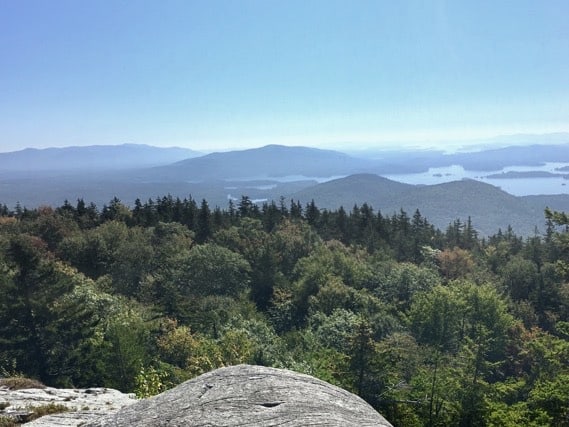 After this week, there will be only four weeks left in this CSA season. As the farm slows down, we farmers have more time and energy to enjoy nature off our fields. Last week, Ember spent some time at beautiful Acadia National Park. This past weekend, my adventure buddies and I hiked the the Percival-Morgan loop in the White Mountains (the above photo looks over Squam Lake from Mt. Morgan).

This past weekend, there were also tons of amazing festivals happening. I did not end up attending any of them, but I started thinking of several other happenings that I am looking forward to in the next couple of weeks.  I’m definitely going to the Honk Festival–a street band festival in Somerville–and to the screening of the documentary, “Dolores,” about farm workers union co-founder and social justice activist Dolores Huerta. I’m still contemplating whether to attend The Big E ag fair in West Springfield. I haven’t been to The Big E in years, but I have fond memories of the loaded up baked potato I ate last time at the Maine exhibit.

The details about all three:
Honk Festival, Somerville, MA. October 6-8. This is an annual festival of street bands, and whenever I get to attend I leave feeling incredibly inspired! I’m partial to watching the parade on Sunday. It starts in Davis Square in Somerville and ends at Oktoberfest event in Harvard Square. Lots of fun costumes, music that is heavy on the brass and makes you want to dance.
“Dolores“, Landmark Theater, Kendall Square Cinema, Cambridge, MA. October 6-12. Here is the description of the film from the Landmark Theater website:
“Dolores Huerta is one of the most important, yet least known, activists in the fight for racial, class and gender equality in American history. She was an equal partner co-founding the first farm workers union with Cesar Chavez, but her enormous contributions have gone largely unrecognized. Even as she empowered a generation of immigrants to stand up for their rights, her own fiery dedication and relentless work ethic were constantly under attack. False accusations from foes and friends alike, of child neglect and immoral behavior from a woman who married three times and raised 11 children, pushed Dolores out of the very union she helped create. Still, she remains as steadfast in her fight as ever at the age of 87. Director Peter Bratt’s provocative and energizing documentary reveals the raw, personal stakes involved in committing one’s life to the fight for justice and sets the record straight on one of the most effective and undervalued civil and labor rights leaders in modern U.S. history. Winner of Audience Awards for Best Documentary at the San Francisco, Seattle and Minneapolis Film Festivals.”
The Big E, a huge, annual ag/everything fair, has been running in West Springfield since Sept. 15 and closes on Sunday Oct. 1.
I hope you all get out to enjoy the autumn with all of its fun events!
Mel