Jen Kettell: “With the Flowers, It Was Even Cooler” 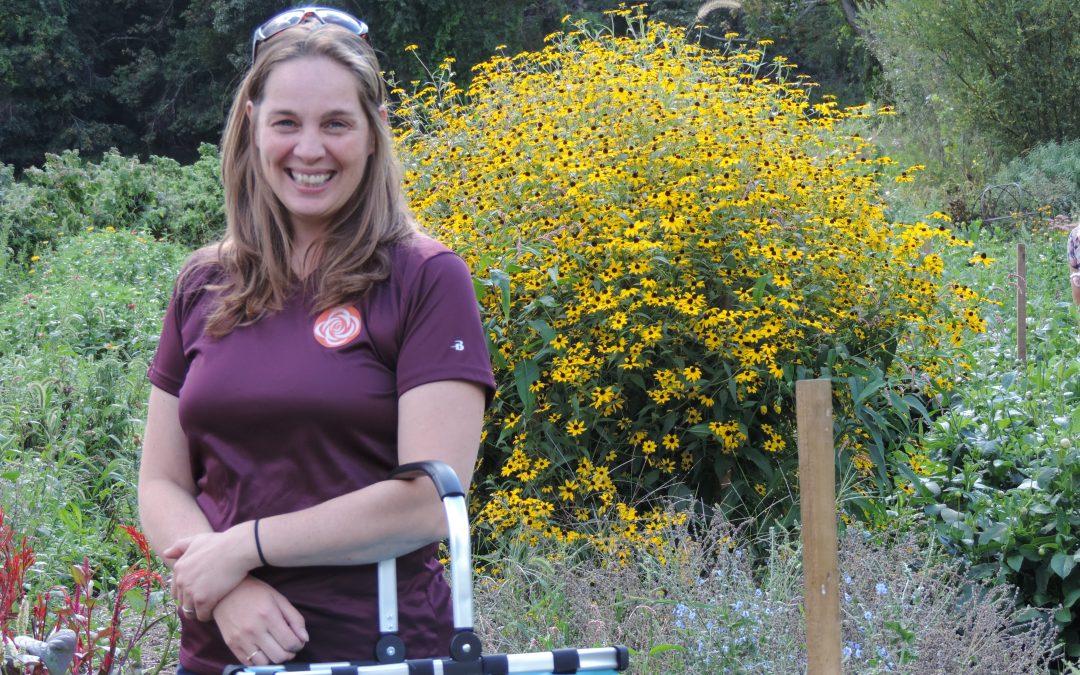 Jen Kettell joined Stearns Farm in 2016 to get her hands in the dirt. Less than a year later, she became a board member.

“I love the model of the CSA, where you give farmers their seed money up front and you’re in it with them–you go with the ups and downs of Mother Nature and the things they have to deal with,” she says. “I wanted to be more of a part of Stearns and to help strengthen the farm.”

Jen grew up helping out in her uncle’s landscaping business and had worked two seasons on a farm in Sunderland while she attended UMass. She loved farming but majored in psychology. “When you come from a working class family and you are the first one to go to college, you aren’t exactly going to major in a manual labor-type field–that’s not something that was encouraged.”

But she gravitated to plants. While she worked in health and human services, she took horticulture classes at the Arnold Arboretum, became a master gardener, and learned about the range of jobs that combined academic training with digging and planting. At age 30, she switched careers; after internships and an apprenticeship, she was hired by the Arnold Arboretum as a horticulturist and worked there for more than ten years. Now she has her own business, Jen Kettell LLC | Horticulture Education and Consulting, helping home gardeners apply the practices used by botanical gardens to maintain healthy shrubs, trees, vines and perennials.

Jen had vegetable shares and a fish share during 10 years she lived in Roslindale. When she and her boyfriend Shai moved to Natick, she looked for a new farm to join. She chose Stearns because she would be able to visit the farm and work in the fields. “I had always gotten a box,” she recalls. “I loved coming to pick up the share at Stearns. The amount that we got was so much and the diversity was so great compared to the shares I had before. And with the flowers, it was even cooler.”

As a board member, her main project is to research bringing internet access to the farm, so the farmers can use email and order supplies during their work day. “It will streamline things greatly,” she says.

Eggplant is Jen’s favorite crop, “but I kind of have a new love for kohlrabi,” she says. Preparing it is simple. “Peel it, slice it, put lemon and salt and olive oil on it, and have it like a little salad. I love it like that.”