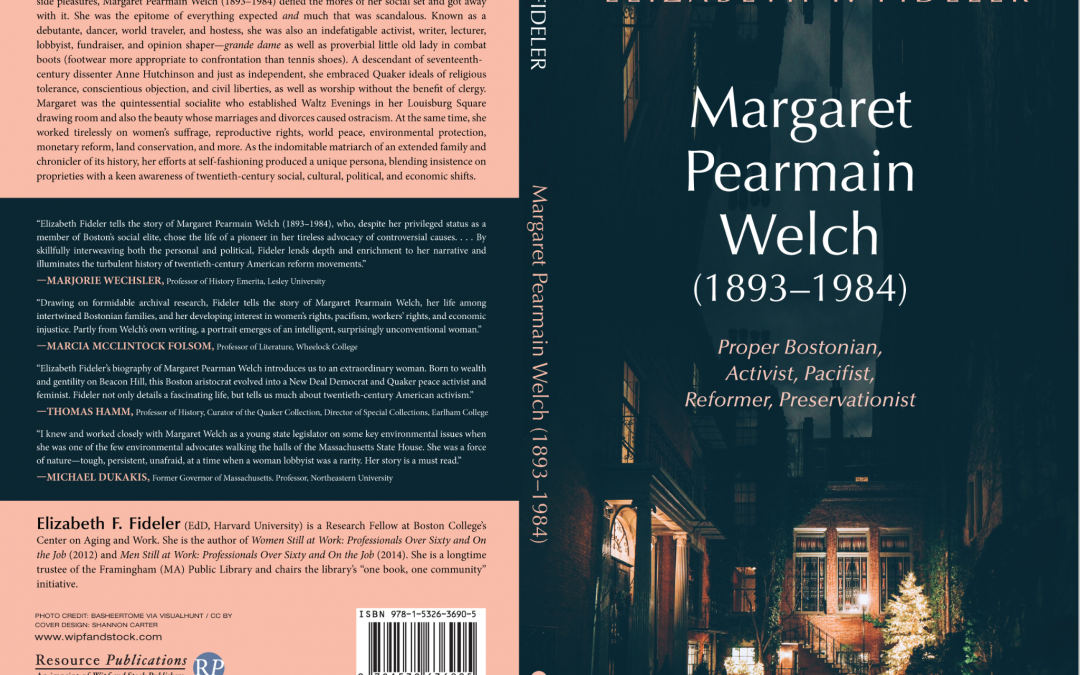 Sudbury Valley Trustees has rescheduled the talk by Edmands Road resident and Stearns Farm neighbor Elizabeth Fideler to Tuesday, May 22, at Wolbach Farm, 18 Wolbach Road in Sudbury. She’ll talk about her biography of Margaret Welch, the Boston socialite and activist who owned the Stearns Farm land during the last century.

The event, co-sponsored by Stearns Farm and Sudbury Valley Trustees, is free. However, registration is requested. The talk was originally scheduled for last week and postponed due to severe thunderstorms.

Copies of the book will be available for purchase at the author’s discounted rate of $20. For more information or to register, visit www.svtweb.org/calendar or call 978-443-5588 x 123.