Why We Plant Cover Crops 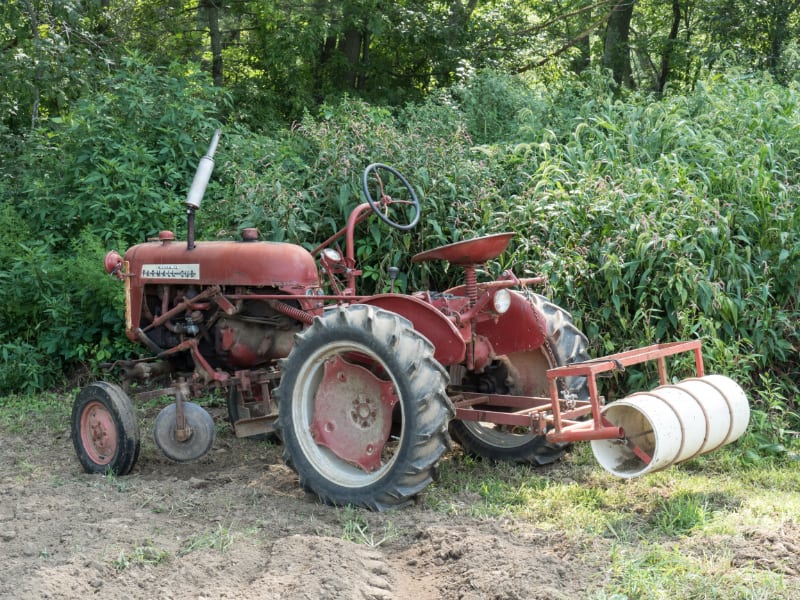 During the past week, Mel and I spent an afternoon seeding several species of cover crops all over the farm. Vegetable production taxes the soil due to practices that can compromise the soil’s health and limit its productivity. Planting cover crops is one of the ways we manage soil health.

Cover crops can have many different purposes depending on what you seed. They can help to suppress weeds, protect soil from rain or runoff, add organic matter to the soil, and fix nitrogen. If applied at the correct density, cover crops will germinate and outcompete other weeds. The roots of a good stand of cover crop will help hold soil in place and prevent erosion during rainstorms, as well as during dry windy days.

We grow some cover crop species, like oats and rye, because they contribute a significant amount of organic matter needed to improve soil structure, which determines how easily roots are able to move and grow. Organic matter provides nutrients and habitats to beneficial organisms that live in the soil, such as earthworms. It also slowly releases nutrients as the matter breaks down, and it improves the water-holding capacity of the soil.

Other cover crop species, including peas and hairy vetch, help to fix nitrogen in the soil. Nitrogen fixation is the process of converting nitrogen gas into a form that plants can take up as a nutrient.  Nitrogen is crucial to plant growth, as it is a major component in amino acids, which are the building blocks of proteins.

We seeded three combinations of cover crops on the farm—oat and peas, rye and hairy vetch, and buckwheat—for all of the above reasons. 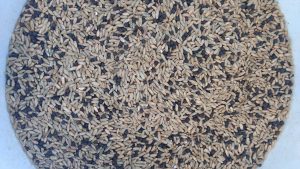 Rye and Hairy Vetch: We seeded the rye to help prevent erosion, suppress weeds, and build organic matter, and we seeded the hairy vetch to fix nitrogen. These two species will grow this fall and then come back in the spring. This combination is effective for areas that need time to rest and that don’t need to be planted with vegetables first thing in the spring. We will let the cover crop become well established to ensure we get as much organic matter and nitrogen-fixing as possible before plowing it in and preparing the field for transplants. 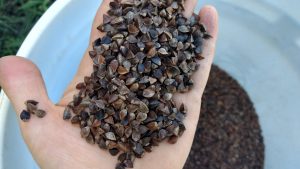 We seeded buckwheat to help prevent soil erosion, suppress weeds, and increase organic matter. Buckwheat is often used during the growing season because it germinates and matures in only about 30-40 days. Farmers commonly seed buckwheat in fields that are waiting for transplants later in the season. This year, we seeded it in the spot where we will plant next year’s garlic in October. Rather than letting the ground remain bare until then,  we have the buckwheat working hard to improve our soil! 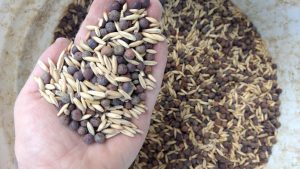 Oats and Peas: We seeded oats to prevent erosion, suppress weeds, and build organic matter, and we seeded the peas to fix nitrogen. Although oats and peas provide similar benefits as rye and hairy vetch, they willl die in the winter and won’t return next spring. When we want to start planting, it will be easier to prepare the ground for transplants because we won’t need to give the cover crop time to break down.

Managing soil health is one of the most important things organic farmers do, but it can be very difficult to do properly. Because we have so little land, it’ is hard to give it the optimal amount of rest: we have a greater, more immediate, need to grow our vegetables. But any little bit helps.

If you have any questions about cover crops (or any of our other farming practices), feel free to ask Mel or myself when you see us under the tent. See you soon!