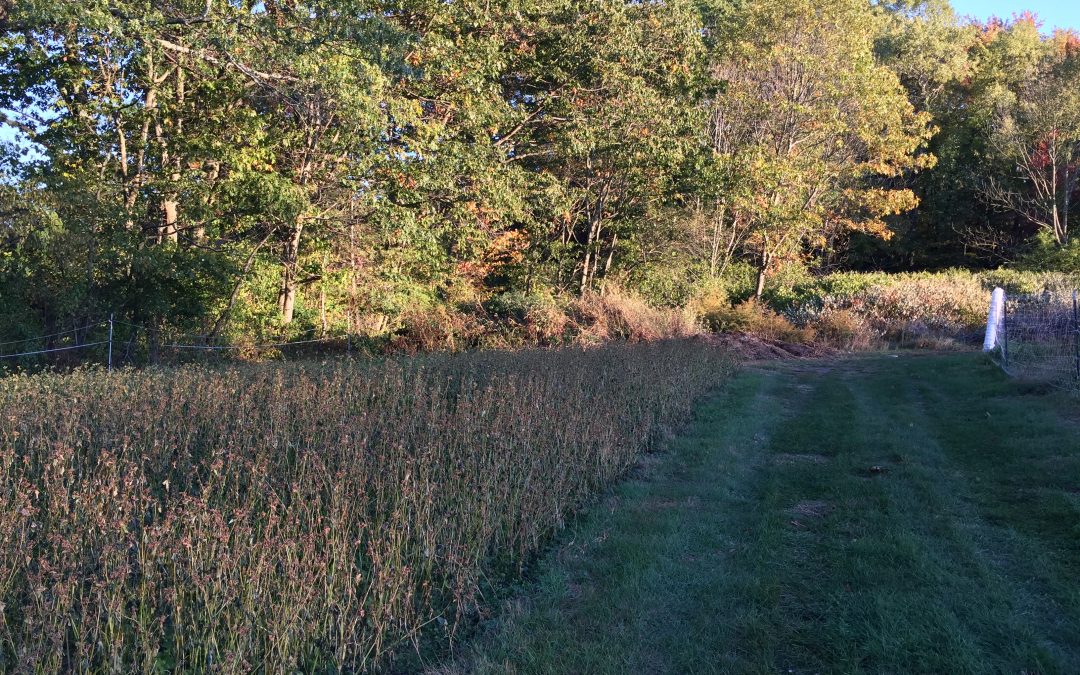 Last week, Mel and I prepared for the first frosty nights of the season. What we do typically depends on how low we expect the temperatures get and which crops are still in the fields. We had a range of veggies to protect.

Many vegetables become damaged during a frost because the water in their cells expands and bursts. Leaves go limp, look somewhat translucent as they thaw, and then turn brown and brittle once dry. Vegetables that develop from a flower—such as eggplant, cucumber, peppers, squash—don’t survive in low temperatures, even if it’s  below freezing for only 10-15 minutes. Some leafy and root vegetables are able to withstand hard frosts because they have more room in their tissues for water expansion.

Knowing this, Mel and I harvested every good eggplant and pepper that was still out in the field and brought it into the safety of the cooler. Next, we covered greens, radishes, cabbage, broccoli, and scallions with a white protective row cover called Reemay. Reemay is a clothlike material that transmits 70% of available light, keeps heat in and bugs out, and is an excellent windbreak. The row cover helps to protect plants from frost damage down to 28° F which makes it very useful during these light frosts. We can extend the season just enough so you get vegetables until the end of October.

Low temperatures don’t bring death and damage to everything, however. You may have heard that kale gets sweeter after a frost. This is because the plants are able to turn starch into sugars that prevent the water in their cells from freezing. The same thing happens in some root vegetables such as rutabaga and parsnips. How cool is that? The days may be getting shorter and colder, but our veggies are getting sweeter. What a nice gift from Mother Nature!

See you under the tent!