Birdsong While We Work 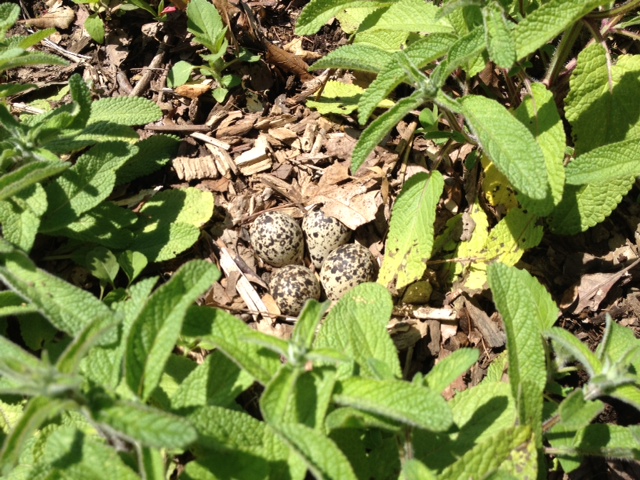 My favorite time of day on the farm is when I arrive for work, just before 7 am. The air feels fresh and cool, the plants are glistening with dew and standing tall, the sun is pleasant and warm, and the birds are busy singing and eating. During the time I’ve been working at Stearns, they have become comforting companions, and I look forward to seeing them every day. I’ve identified nearly two dozen species.

Among the birds I see most often:

Catbirds live in the trees by the washup and the Children’s Garden and will often visit us while we eat lunch under the apple tree.

Tree swallows dart around over our heads to eat bugs.

Cowbirds follow us on the tractors to eat any worms we expose.

We see hummingbirds in the children’s garden during lunch.

Red-tailed hawks soar over our fields.

We haven’t seen any barred owls, but we hear them during the day in the woods while we work.

We’ve also spotted eastern bluebirds! This is exciting because bluebird populations declined in the early 20th century when the non-native house sparrows and starlings were introduced to the United States. These birds nest in similar locations as bluebirds and are much more aggressive.

One way conservation groups have tried to help the bluebird population has been to install bird nest boxes; these increase suitable nesting habitats for bluebirds. Sudbury Valley Trustee volunteers come to the farm several times a week to check the bluebird boxes on the perimeter of our fields and Hanson’s fields. This monitoring helps SVT determine if there are any serious problems with predators and competitors.

There are  many great ways to ID birds, but I highly recommend getting the Merlin app from The Cornell Lab of Ornithology. It has excellent pictures as well as many recordings of each bird.

My full list is below. You can learn more about many of these species from The Cornell Lab or by checking out the Mass Audobon Common Bird Species in Massachusetts page. Let me know if you’ve spotted these or any other birds at the farm!