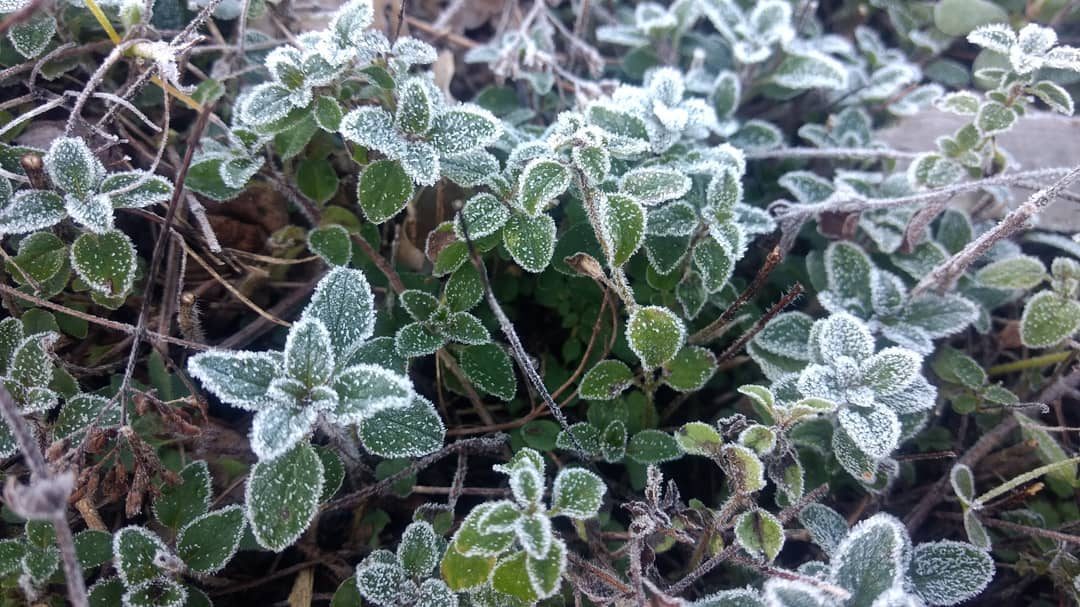 We got our first official frost on Friday night. It marks a significant turning point in the season for the plants, the land, and for us farmers.

The plants that are still in the fields at this time of year have varying levels of tolerance to frost. Tomatoes, peppers, eggplant, lemon verbena, tomatillos, and a prominent weed on the farm called galinsoga have zero tolerance. Other plants such as lettuce, escarole, kale, radicchio, cabbage, and spinach are able to withstand a light frost. In fact, vegetables like spinach and kale often get sweeter! This is because they convert starch into sugars to prevent the water in their cells from freezing.

Other vegetables, such as parsnips and carrots, can remain underground through many frosts if well protected. Heavily mulching your carrots to keep the ground from freezing would make it possible to harvest carrots all winter long. Farmers who grow parsnips will often leave them in the ground and dig them up in the spring because the roots become very sweet.

Our fields also undergo changes after the first frost. The freeze-thaw cycle can be helpful to break up soil compaction created during the season. The frost also helps to kill off many weeds and insect pests, and forces other insects into hibernation. Some cover crops, such as oats and peas, die back after several frosts and create a layer of organic mulch to help suppress weeds in the spring.

Kerry and I watched the weather last week to be sure that a frost was possible, and then we took the necessary steps to prepare. We harvested the last of our summer crops, including tomatoes, peppers, and eggplant, and we covered other crops–namely lettuce, escarole, scallions, kohlrabi, spinach, radicchio, and cilantro–with Reemay to help keep them from getting damaged.

We may not see another frost for a week or so, but the first frost always feels like a momentous occasion. For me, it marks the beginning of another season: the season of sweaters, soup, tea, slippers, and blankets!