Is It September Already?! 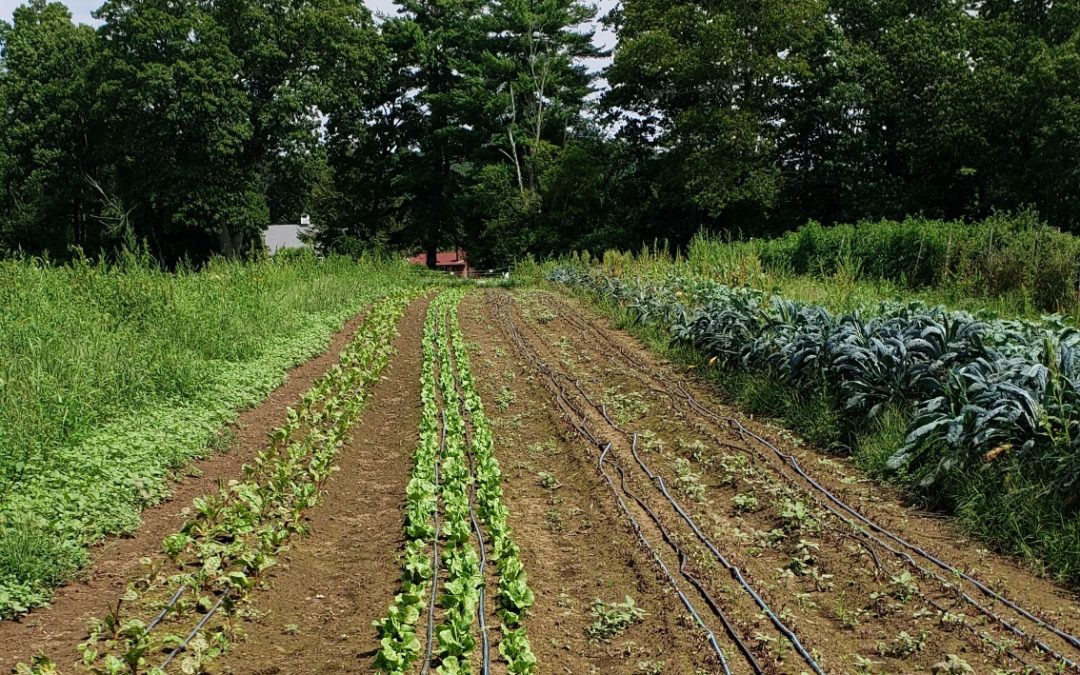 For a while, it seemed like July would never end, but then August felt like a blur. I am looking forward to chilly mornings, breezy days and the leaves changing colors. September is my favorite month to farm because the weather is typically perfect for working outside and we are still getting so many delicious vegetables from the fields. September is also the time when we can finally get to things at the bottom of our priority list — like cleaning up random piles of messes around the farm!

Last week we planted a bunch of things, including lettuce, bok choy, escarole and spinach. We received around an inch of rain which was enough to keep our broccoli, kale, cabbage, scallions and cilantro happy. It was also significant timing because we just seeded cover crops in one of our fields. Cover crops are helpful in suppressing weeds, reducing erosion, fixing nitrogen and adding organic matter to the soil.

There are many different types of cover crop and we seeded a mixture of winter rye and hairy vetch. The rye adds organic matter and the hairy vetch fixes nitrogen so that plants are able to access it later from the soil. They also both suppress weeds and reduce soil erosion. Another unique characteristic of these plants is that they are “winter-hardy”, which is a term used to describe whether or not a plant completely dies during the winter months or if it is able to regrow in the spring. Rye and vetch will begin to regrow and protect the soil until we are ready to use the piece of land where it is now growing.

Other types of cover crop “winter-kill”, meaning it will die during the harsh conditions of winter, but if seeded at the right time, it will grow enough to add a significant amount of biomass to the soil. One common combination of “winter-kill” cover crops is oats and peas. The oats add organic matter and the peas fix nitrogen. When they die, the plants act as green manure and mulch by giving their nutrients back to the soil while also suppressing weeds.

If any of you are interested in planting cover crops at home, my suggestion is to grow something that will “winter-kill”. This way you won’t need to use more aggressive means to kill the cover crop since it will die on its own, making space for all those springtime plantings.