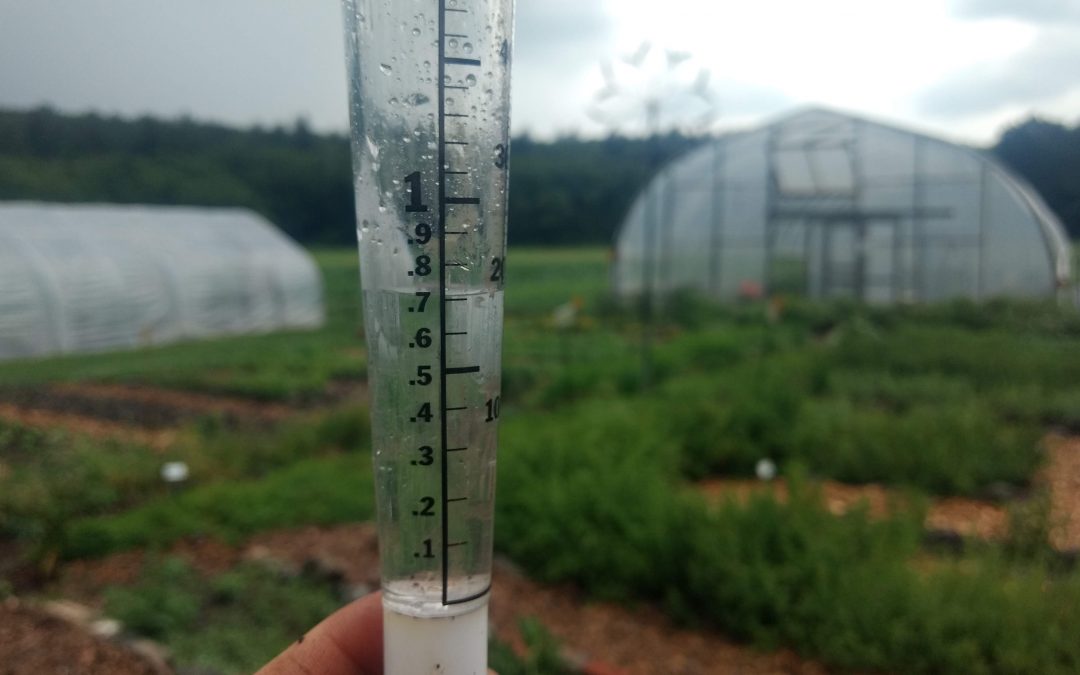 We saw record-breaking rainfall in July, which was quite a change from an exceptionally dry May, along with the drought we endured last season. Of course, too much rain can cause several problems of its own – from foliar disease, to increased weed growth, to soil compaction – it can cause quite the headache.

Below is an excerpt from the UMass Extension newsletter Vegetable Notes. They recently explained just how detrimental flooded fields can become for crops:

“In flooded soils, the oxygen concentration drops to near zero within 24 hours because water replaces most of the air in the soil pore space. Oxygen diffuses much more slowly in water filled pores than in open pores. Roots need oxygen to respire and have normal cell activity. When any remaining oxygen is used up by the roots in flooded or waterlogged soils, they will cease to function normally. Therefore, mineral nutrient uptake and water uptake are reduced or stopped in flooded conditions (plants will often wilt in flooded conditions because roots have shut down). There is also a buildup of ethylene in flooded soils, the plant hormone that in excess amounts can cause leaf drop and premature senescence. In general, if flooding or water logging lasts for less than 48 hours, most vegetable crops can recover. Longer periods will lead to high amounts of root death and lower chances of recovery. While there has been limited research on flooding effects on vegetables, the following are some physiological effects that have been documented:

Thankfully, the soil at Stearns dries out quickly and we rarely see standing water or flooding in the fields. While we are concerned about diseases that spread easily in hot, humid weather, we are fortunate that our crops are not routinely sitting in water. Moving forward, we continue to keep an eye on low-lying sections of the fields that may show signs of poor drainage or plants that may be nutrient deficient.